Have had root canal on teeth 8 and 7. still infection and gum boils every few months and pain.

I have had root canals on teeth 8 and 7. This was a two years back on the one tooth and an year and a half on the other about...They want to retreat these teeth, and on the x-ray, the area surrounding these two teeth is black..., I have not really had sensitivity with the teeth before they did the root canals,, the one tooth has a crown, they put it on in a week after the root canal, and that was after I told them I had gotten another gum boil etc. my gum still hurts a lot right before a gum boil forms, and I am afraid that redoing the root canals will not work...what would you suggest? are there better/other options? I really don't have the money, and as it is I have paid over 1k$ on the work that has been done... (I am 18, and just want to do something to make sure it stops...)

Unfortunately, there is no quick fix. When there is an infection present, antibiotics can only treat the symptoms, not the tooth itself. There is a possibility that the teeth can be retreated and will have a favorable long term prognosis. However, with your age and the issues you are having, I would not prepare yourself for a long term restoration. More than likely you will end up losing these teeth at some point in the future. Dental implants are the restoration of choice, especially after a failed root canal. However, they are costly. Dental implants on average are $5000 per tooth from start to finish. It takes from 8-12 months to completely restore a dental implant after the placement and full integration of the bone. To buy time and keep your teeth as long as possible, it may be beneficial to have the teeth retreated if possible, especially with you being so young. This is a large investment financially and emotionally, so several professional opinions may be necessary prior to making a final decision.

Hi, I had a root canal re-treatment due to a periapical cyst. I had no symptoms but decided to be proactive. The doctor opened the canal and drained it. A week later the doctor disinfected the canal and filled it in. He didn't use calcium hydroxide... 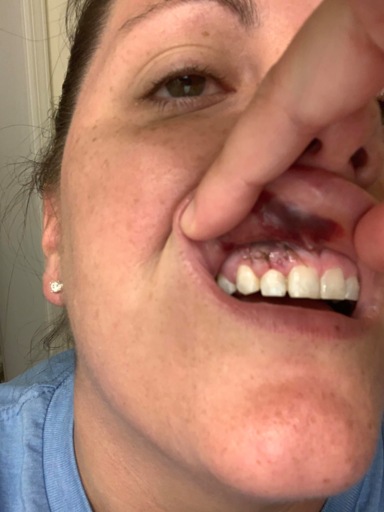 Hello! I found you on ask a dentist and I’m hoping you can ease a worried mind. I had a root canal on tooth 12 the beginning of February. Apparently the tooth had a tiny old filling that leaked. No infection but tooth was dying. Following root...

Need to get checked out?

I have a question! Since we are having a lockdown, I can’t go to the dentist. I’m not sure if this is a problem. I’m going to try explain this the best to my ability. I’m 15, and I think a wisdom tooth is coming in. In my bottom jaw, the little... 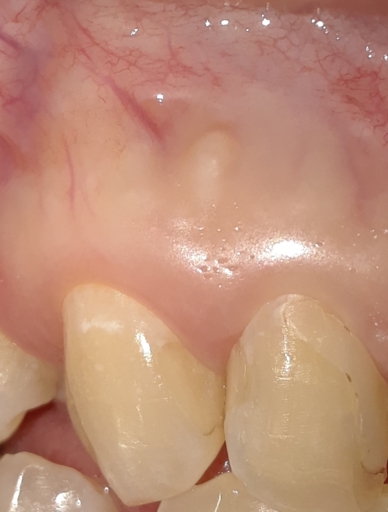 Should roots be sealed with drainage still occurring?

My tooth has an abscess so an endodontist started my root canal, drained it and put antibiotic inside and a temporary filling. When I went back to finish it he said it was still draining and I clearly still had the abscess on my gums but went on to... 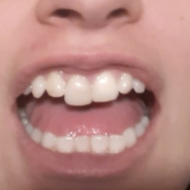 If My Front Tooth can be Salvaged.

Hi,I reinjured one of my front teeth that was previously injured after a fall and was pushed back in my mouth 1 yr ago. I had it positioned back into place, got a root canal done and had splinter over it. But 2 weeks ago I reinjured the tooth and it...

Can a tooth perform it’s own root canal?

I just went to the dentist because I had fallen and hit my teeth hard. From the X-ray they determined that the nerves in my front two incisors were dead. There was no visible root in either tooth. He didn’t prescribe any treatment because he said...

Upper right #3 molar was treated. My tooth was leaning forward with a curved root due to #4 molar missing. It took approximately forty minutes to treat tooth. Was charged $1831.00 including scam and consultation. With no mention of cost. How much... 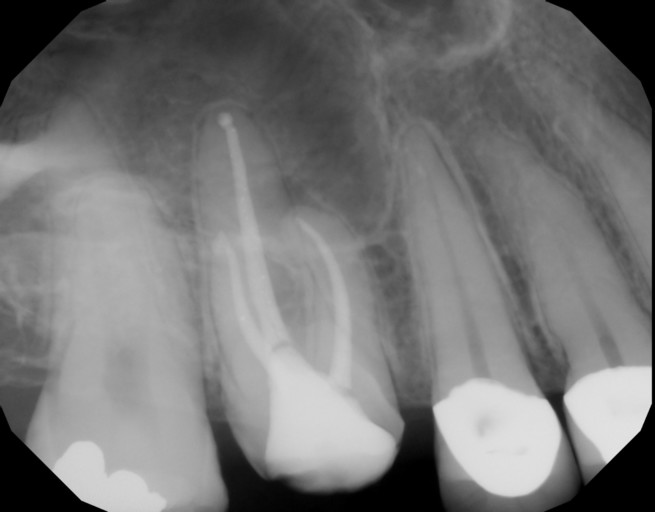 Is this root canal ok? What is black space?

I had a root canal in May. I went to the dentist to fill my tooth and he filled my tooth too much according to my endodontist, she has it on an x Ray that the endodontist took. Now I am on antibiotics

Why am I having pain after nerve removal?